Shimano MUST-HAVES...
Discover the selection of components at WOW prices

SPEDIZIONE GRATUITA IN ITALIA PER ORDINI SUPERIORI A 85€

Discover our OUTLET now: crazy discounts from 50% upwards!
Hurry up and discover the products on promotion...

Tackle every trail with FIVETEN shoes!

Now you can also pay with Satispay or Amazon Pay!
Our goal?! To make shopping easier for you...

Hey cyclist!
If you need advice or help use the chat. The Ciclimattio team is at your disposal.

VIGOR TEAM: the kits are back!

VIGOR: certainly something more than just
a simple cycling club...

The concept is that of a big family
that takes everyday life very seriously.

Everyone has something to offer: the athletes with their will and spirit of sacrifice, the managers with their competence and availability, the fans with their support and encouragement.

All in the hope of raising children who will become mature men who love life and sport...
and maybe, as has already happened, a few champions!

The colours of our jerseys are the history of our cycling:

The PINK ones from 1992 when Vigor was reborn. Riccardo, great-grandson of the president of the 1930s club, was the owner of a company that made women's underwear.

He wanted them to be white and pink like the boxes of his products.

The BLUE ones, which were the colours of the Vigor Torino cycling club in 1932, were then replicated until the end of the 1990s with the partnership of Mapei.

The GREEN ones, elegant and luxurious, summer uniform of the strong Juniores team of 2015. At the debut in the race this jersey won immediately! 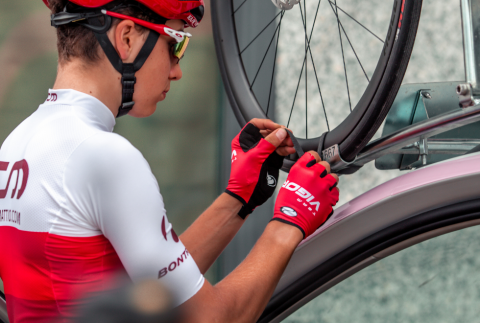 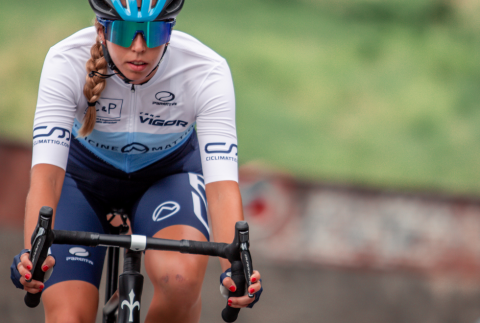 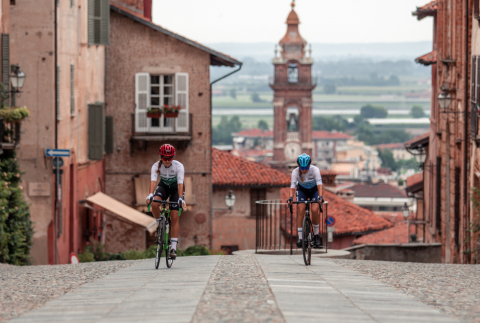 A puzzle of colors and emotions that, embedded in the fabric of the jerseys, tell the story of the lives of so many youngsters, fathers and mothers who have written the pages of the club's history at Vigor and who will continue to be the stimulus for tackling the new adventures to come.